It is not odd for my phone to go off after a video that I have produced goes live. Mostly people letting me know that they have seen it or that it has gone live or even sometimes (if I can blow my own horn here) a message or two of praise. However, this time while I was facilitating a university field trip my phone was vibrating a little more than usual.

At this stage, the video had only been out for a little under 3 hours and had already attracted a little over 40k organic views on Facebook! To put this into retrospect, most of the videos on this page usually attract 20-25K views in a week before viewers have moved on – still a reasonable amount of views. After less than 48 hours of the video being live, it has already attracted over 200K views with a reach of almost 800K as well as 12K of reactions, comments and shares. This makes it by far the best performing video that the client has ever had with no additional spending behind it. It beat out our White Night recap video we made that got about half of its audience from paid Facebook reach – a sponsored post if you may – and is quickly catching up to a heavily promoted campaign video. So what is it about this particular video that made it stand out?

Hopefully you have watched it now (I put it there for a reason) and have an idea what it is about. For those of you who are too time poor to watch an amazing minute long video basically there is a new venue in town with some wacky mini-golfing and drinks to be had. The video had three key ingredients that I believe made it successful and spread to the screens of Melbourne.

Let us establish one thing first, Melbournians love to have a drink or a few. A majority of the videos that I have produced for the What’s On Melbourne has been alcohol or food and these are usually the better performing videos as well. Furthermore, Melbourne loves a place with its own spin on things (like Berlin Bar) and when asking my cousin about why she tagged her friends in the video she spoke about how Holey Moley is a “new and unusual place”. Melbournians are always looking for different places to explore and Holey Moley has it all. The concept of an adult mini-golf bar I am sure is nothing new but it is to Melbourne. Moreover, this gives Holey Moley a unique (and fun) service proposition that differentiates itself from any remotely close competitors whilst playing on the nostalgia of our putt-putt childhood dreams.

Sadly, I cannot say that it was the awesome catchy music that caught the attentions of my viewers (less than 10% watched with audio) but one of our main objectives with this video was to make it look exciting and show off how cool the place is. All you need to do is look in the comments to see that we have been successful in this task. Not to mention the compliments from friends, family and even acquaintances. As I discovered, for a lot of people, this was the or one of the first times that they had seen what time place was. This goes hand in hand with why our heavy use of cuts to cover as much of the place as possible worked so well and some people who I have spoken to rewatched the video to see some the things that they may have missed on the first watch.

Before writing this post, I asked my Facebook friends who I could see had engaged with the video – mostly tagging their friends in it – about why they did this and if they had heard of Holey Moley before seeing the video. (Nearly all of whom I have not spoken to in a very long time) Most answered saying that they had either heard of Holey Moley and/or the concept of it was coming to Melbourne. Some even went on to say that there was already hype about the venue before the video went live. One even said that he tagged his friend to show them the place that he described from the weekend. Holey Moley had only been open for about a week when the video went live and as aforementioned had gather some talk about it already. So for a lot of people this was actually the first time that they had seen what the fuss was all about.

The strategic posting of the video by the client also helped to propel the video. The video was posted at 1:15pm on a Sunday afternoon. This is right before two AFL matches (both clashes of popular Victorian teams) and a Melbourne Victory finals match later. Just think about about being on public transport on the way to support your football (soccer inclusive), you have got still another half an hour until you will be at Richmond or Southern Cross Station so you unconsciously scroll 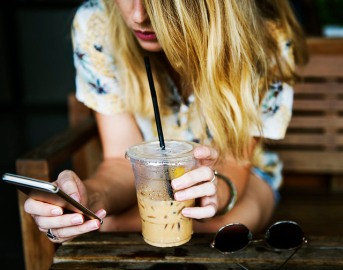 through your Facebook and, before the video can be filtered out of your news feed, there it is (hopefully) capturing your attention. Maybe Facebook even knew from your geolocation and Gmail that you are on your way to the game and tried to provide you with relative content to where you were going to be later that evening. Or perhaps you are just putting the feet up catching up on last night/week’s events when it popped up in your feed.

Nevertheless, there is information available to suggest that fans of the page are active in this quieter part of a Sunday where it reaches a peak of engagement at 7pm. If content is about understanding what an audience likes to see then timing is about when you can strategically capture their attention. While it may be impossible to truly understand how timing influenced the success of this video it is clear that it has been a factor both in terms of the built up gossip and the time of the publishing.

It would be unfair to attribute the strategic hard work of the What’s On Melbourne team and the Not Half Bad Productions team is all to do with luck but there is always a degree of it when it comes to success. Luck, however, is only useful though when you put yourself in a position to take advantage of it. In the case above, it is clear that is exactly what we have done. Both as client and contractor, we have played our roles well and been able to create something has captured the viewership of Melbourians and lovers of all things Melbourne. Then with a sprinkle of luck (and maybe a little bit of Facebook’s complex algorithm) our video was able to go viral and organically spread to the screens of over 200K people.

A Melbourne-based producer, videographer and marketing hybrid View all posts by Dylan Hornsby